Dr. Murugan earned his MBBS degree at Stanley Medical College in India. He underwent training in General Medicine at the Northampton General Hospital, United Kingdom and fellowship training in Pulmonary Medicine at the Queens Medical Center, Nottingham, UK. He received his residency training in Internal Medicine at the Temple University affiliated- Conemaugh Memorial Medical Center, Johnstown, PA, and subsequently moved to Pittsburgh in 2004 to take up a Critical Care Medicine fellowship, which was followed by a one-year clinical research fellowship. In 2006, Dr. Murugan joined the Department as an assistant professor of Critical Care Medicine and then undertook a Master of Science in Clinical Research at Pitt’s Institute for Clinical Research and Education.

Throughout his career, Dr. Murugan has been recognized for his work with numerous awards, including two from the Society of Critical Care Medicine—2015 Presidential Citation Award and 2008 Young Investigator Award—and he was elected a Fellow of the Royal College of Physicians in London, United Kingdom in 2011 and the American College of Critical Care Medicine in 2016. 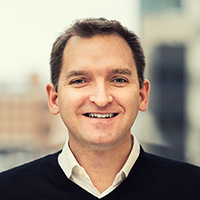 Dr. David Wallace has been similarly productive in the last five years amassing more than 20 publications many of which were in high-impact journals including JAMA Cardiology, Proceedings of the National Academy of Sciences and the British Medical Journal. As a member of the CRISMA Program on Health Policy and Management, his research focuses on geographic access to care for time-sensitive conditions, ICU organization and management, and regionalization of critical care.

A medical graduate of SUNY Downstate Brooklyn, Dr. Wallace completed his combined Internal Medicine and Emergency Medicine residencies at Kings County Hospital Center in Brooklyn, NY before moving to Pittsburgh to undertake a Critical Care Medicine fellowship. He received a Pitt Ventures Award in 2015, was voted Fellow of the Year in 2010, and as a resident received the Alumni Society Outstanding Achievement in Teaching Award at SUNY Downstate in 2019.